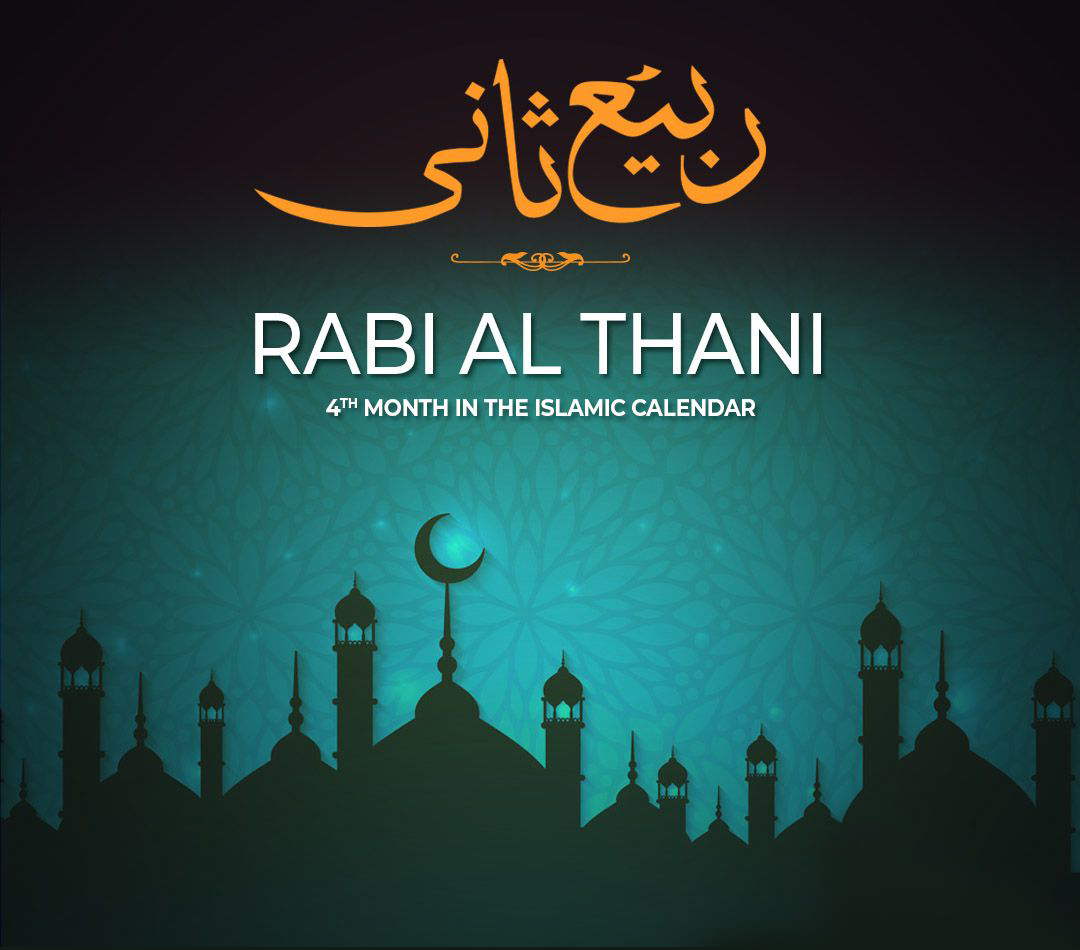 Rabi Al Thani, which is formally known as Rabi al Aakhir, is the fourth month in accordance with the Islamic Calendar. Focusing on its Literal meaning, it is meant as the second month of spring.

To serve the departed souls, donations are performed in Rabi Al Tha’ni. As the Islamic Calendar is based on Lunar Calendar, every month shall start on observing the first crescent of the new moon.

Lunar Calendar is shorter than the normal tropical year by 11 to 12 Days. The Islamic Calendar can be seen migrating through the whole four seasons.

Noticing the major happenings in this month, a battle took place named “Furu” at Buhraan in 3 A.H. In 9th Hijri, another Battle took place. Prophet Muhammad (PBUH) didn’t take part in the Battle of Sariyyah. For this purpose, He (PBUH) had allocated one of His Companion as Colonel for the war on His (PBUH) behalf. The Consigned Companion was Ali Ibn Abi Talib (RA).

In this Holy month, the recitation of the Holy Qur’an is important to be executed on a daily basis. Generally, the wird i.e. continuous recitation of “Istaghfaar”, meaning (Depreciation), is considered as the second essential step. Thirdly, offering Nawafil can also be beneficial for the Raza (Contentment) of Allah Almighty (SWT). It is meant that reciting Surah Mariam, Fatiha, Taha, Muzammil and Ayatal Kursi should also be focused on.

The superiority of Rabi Al Thani is that one can have acceptance for their Duas in this month by Allah (SWT). Muslims are also observed offering their prayers wholeheartedly by the Sadqua (Sake) of our Holy Prophet (PBUH).

It is important to continue worshipping Allah (SWT) throughout the year, including in Rabi Al-Thani. To gain more rewards, you could read more Qur’an, perform voluntary prayers and fasts, care for the sick or donate to charity. Although there are no special rewards for worship in this month, good deeds made with the right intentions will be rewarded, Insha’Allah.

As the fourth month in the Islamic calendar and a quarter of the way through the year, it is a good time to reflect on the previous months and prepare to increase worship for the upcoming months.

The Benefits and Virtues of Rajab, the Month of Allah

Significance of the month of Safar in Islam

HIJRI NEW YEAR 1444 AND THE SIGNIFICANCE OF MUHARRAM